The church, religion and relationship with God Part 1 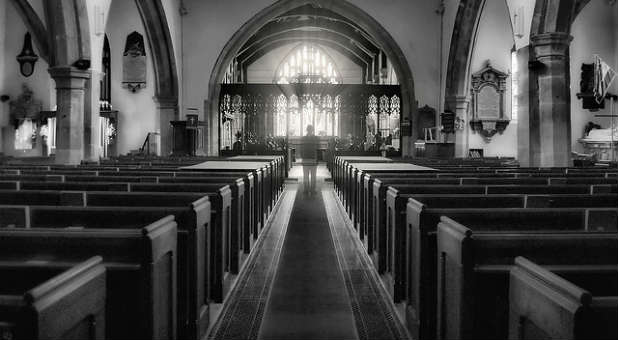 About three years ago, I was having a conversation with a really good friend of mine. She’d just moved to a new city, and we were talking about adapting to new environments. As the conversation continued, we got talking about God, and she told me that she’d found a new church.
She explained that the church had a midweek service, prayer meetings, Saturday meetings and Sunday services as well. She explained that she feels disconnected at the additional services and has decided that the Sunday morning service is all she needs.
She said she felt like she was checking off an attendance sheet and pleasing the leadership, but in her core she could sense that God was not impressed.

I recall leaving that conversation thinking, “Eish, poor thing, she’s tapped out.”
Truth be told, my relationship with religion has been a fairly interesting journey – starting out experimenting and finding God on my own. My faith, my belief is mine. I wasn’t born into it, no one ‘led’ me into it – I walked in on my own, and there is a certainty that comes with that.
But one morning last year, I woke up filled with whys. I felt like I had completely lost my foundation, I felt like my compass was broken, like a mindless zombie who just followed.
Where was God? How did my life reflect our relationship? Who was I? Why was I doing the 8,000 things I was doing at church? Why had my life just stopped?
The truth is: God wasn’t my source. I didn’t where my bible was, there was no quiet time, no meditation. Nothing.
I had stuff, I had labels and on the outside appeared to be this container that had it together, but my content was empty, drained and lacking. I felt an anger begin to rise in me. I was done – tired and drained, just done.
I realized somewhere along the way that I had substituted my relationship with God with perfect attendance at events. I don’t know when it happened, but I had conformed into the belief that attending – being physically present at events – was equal to a deep relationship with God.
I was so wrong!
What happened next would inspire an absolute pause. I hit the brakes. I began to question the church, religion and relationship with God, and how all three are intertwined.
I reduced my church attendance, not because I was angry or rebellious, but because I just didn’t understand why I was involved in 8, 000 things. God wasn’t at the centre of it for me. I didn’t understand why each time I left I didn’t feel like “wow, I just fellowshipped with God.” There was no “joy of fellowship,” just another Wednesday ticked off the agenda, another activity done.
SN: I see myself as someone who doesn’t need high five or a cheering section. If I set my mind to doing something, I’m in 100 percent.
I began to get calls attacking my ‘christianity.’ It would’ve been nice to get the “hey I haven’t seen you in a while, is everything okay?” calls, but instead I got the “God isn’t pleased with you because you didn’t attend xyz service” ones.
That shocked me.
It wasn’t my intention to set off any heavenly alarms. I just needed a minute to calibrate and figure out why I was in the things I was committed to. People would record time stamps and use them as fuel for accusations. My monitoring spirits had come!
I began to ask myself for evidence that my attendance at these meetings had impacted me for the better. I began to ask myself what I’d learned and how I was applying it to my daily life.
In the next couple of posts, I’m going to share my deepest and honest feelings about church, religion and relationship with God and how they intersect in my life.
I would love to hear you thoughts, opinions and experiences, so please leave a comment.
I find myself repelling people telling me how to have a relationship with God. It’s mine, isn’t it?A relationship between God and I is personal, isn’t it?

The Oyinbo God –
For many years, I have seen all types of prayers. I have seen people light up candles and prostrate in front of them for hours, sweating and seeking the face of God. I have seen people wait in line at the beach to be flogged and washed with a holy sponge. I have seen persons vehemently shake their heads from side to side, eyes tightly shut, jaws clenched.
When I learned to pray it was, again, personal, a relationship between a God being and myself. It was not about the words or the prayer, it was about communicating and fostering a relationship between this God being and myself.
Recently, I expanded my circle of Christians friends beyond my familiar group, and the most fascinating thing happened. I remembered how to pray! A sincere, honest, open conversation from the heart.
That got me asking a lot of questions about prayer and how to pray. Why do we pray?
I began to look at the times when people prayed in the Bible- what they said, and what the results were. I realized that prayer can’t be evaluated. I can’t give myself a high five for having prayed well. It’s not about that. It shouldn’t be about that. What do I know that my prayer has achieved? Does praying for five hours mean that God wouldn’t answer me if I said a sentence?
One of the alluring things about Christianity for me above all other religions that I have come across is its simplicity even with this complex God being.
Christianity says God wants to be my friend. He just wants to hang out and kick it with me. I can talk to him while having a milkshake, making my hair, in the bathroom – it doesn’t matter matter. I don’t need a special ritual to get close to Him, and somehow in my adult life, I’m stuck.
People begin to set standards as to what is proper, diligent and true, and it had me feeling like if I wasn’t almost losing my voice then God wasn’t listening.
One of my personal pet peeves is visiting a church, where the pastor’s microphone is cranked on high and he is screaming, veins in his head almost popping, petitioning God for hours.
It got me thinking, is God deaf, biased or preferential?
Don’t get me wrong, I’m not saying I haven’t seen any oyinbos pray fervently, or worship fervently, I just don’t know of any repetitive prayer activity where they petition God for the same things over and over again (correct me if I’m wrong).
My thoughts on prayer meetings are quite simple really – sincere hearts, simple prayers, still silence to listen (let’s not even open that door!). So many churches preach the upward petition and not the silent moments to reflect and listen.

Serve my religion with a side of traditionalism.
One of the most notable things about Christ’s coming is his relationship with religious leaders at the time – a bunch of bible thumping, overrighteous, know-better-than-everyone-else leaders.
At every turn, Jesus warns them and reminds them to see the people through his eyes.
I remember the first time I attended church in Canada. I assumed that attending a church with people from the same cultural background would make settling in easier – I was wrong.
I don’t understand how the standards of culture become the benchmark by which we measure people’s christian life (and I don’t even know why we feel it’s our place to).
I once sat in a service where the message was centered around respecting each other as a group. However, the point was to ensure we called people by their titles (God forbid we call them by names!), and it wasn’t in the sense of acknowledging their role. The preacher went as far as saying you have to use the prefixes uncle, aunty, deacon, prophet etc., and you MUST call them by their titles even if they are your spouse!
“Why do we do things the way we do?” the churchianity folks begin to question your salvation, as though our salvation is based on our traditions instead of the shed blood of our Savior.
Traditionalism doesn’t end at just the cultural section of things, I believe it extends to the ‘How’ things get done – the methodology of things.
When things, processes and procedures become such a huge wall separating people’s sincere worship from God, I believe that idols are set. Setting days aside for special services like bible study or prayer meetings are great, however, making it a yardstick to measure spirituality is evil and hellish.
Making occasions into idols and not pursuing the God behind the event is pointless.
If the people who prioritize chasing services, actually listened and applied what is being taught, we’d have less need to spend countless nights screaming till we are hoarse for things that can be praised away.

Episode Three: You think you know, but you have no idea…

Episode Two: …..Because I am not a goat!

Episode One: Did you take the meat out the freezer?